Before students are able to recognize the use of personification in the literature they read and use the device in their own writing, they first need to have a firm grasp of what exactly personification is.

Simple examples that illustrate this definition can be found easily in our everyday speech. Many common examples of personification are so clichéd as to be almost invisible to the naked ear. We commonly hear these in such phrases as “the angry wind” or when we talk of “the brooding sky.”

However, this basic definition doesn’t tell the whole story regarding this literary device.

Not only does personification refer to the ascribing of human qualities to nonhuman things, such as in the use of emotions in the examples above, but it can also refer to the doing of actions we normally ascribe exclusively to humans.

For example, in the phrase“the light danced across the sky”, even though we know the action of dancing is one that can technically only be performed by humans, we find no incongruity in the above phrase. A certain image is conjured up in our minds and we understand it imaginatively.

A WORD ON ANTHROPOMORPHISM VS PERSONIFICATION

While they have much in common, take the time to ensure students are aware there are some key differences as the two are often confused.

If personification is the attribution of human qualities and attributes to nonhuman things, then we can think of anthropomorphism as going a step further to completely turn nonhumans into humans – in all but outward appearance, usually.

Here, think of the characters in Aesop’s fables or in George Orwell’s Animal Farm.

But, whether we are talking about personification or anthropomorphism, why bother with all this artifice? Why not just say what we mean in as straightforward a manner as possible?

WHY USE PERSONIFICATION IN LITERACY?

When we look over the bloody human history of war and genocides we can see a common precursor to slaughter is the dehumanizing of the ‘other’.

Often, this is done through labelling the perceived enemy as ‘rats’ or ‘cockroaches’ or other vermin. Stripping others of their humanity in such a fashion makes it easier to justify the slaughter that ensues.

Personification works in almost exactly the opposite way – you’ll be relieved to hear!

By humanising non-human things, we bring them closer to the reader’s experience, making it easier for the reader to relate to them in an imaginative way.

Personification often works to make things more memorable and relatable. It frequently represents a climbing down the ladder of abstraction conceptually.

In a nutshell, personification is a powerful tool that can create vivid images and deep subconscious connections in the mind of the reader, when it’s used at its most skilfully.

WHEN TO USE PERSONIFICATION IN WRITING.

Given personification is a figurative use of language, it is no surprise we see it so widely used in poetry. Indeed, this is where most students first encounter it.

However, students need to realise that personification is used in everything from everyday speech to popular songs and even in the visual arts where we sometimes see nonhuman objects depicted with human qualities. For example, a human face with puffed cheeks blowing to illustrate the wind.

There are exceptions to this general rule, of course.

Sometimes in formal writing or speech, personification can be used to climb down the ladder of abstraction to help illuminate a complex idea.

For example, when explaining the water cycle we may use a phrase like ‘the water wants to flow downhill’ to describe the water’s behaviour during a certain stage of the cycle.

THE PERSONIFICATION OF IDEAS

At the beginning of this article we defined personification as assigning ‘human qualities and attributes to objects or other non-human things.’ These things need not all be concrete nouns.

We can see this clearly in the manner in which ancient civilisations personified abstract concepts in the form of gods.

For example, the Greeks had Eros and the Romans Venus as their personifications of love.

Not only does this personification of abstract ideas help us to understand the concepts, it affords an opportunity for human interaction with the concepts, as we can see throughout various mythological cycles and works of literature.

PERSONIFICATION IN POETRY: A WRITING ACTIVITY

Personification connects us intimately with the thing that is personified.

For this reason, poetry is the perfect genre to explore the use of personification in literature and for students to begin to experiment with the device in their own work.

Choose a poem that employs personification to discuss with the class. John Donne’s Death Be Not Proud, Keats’ To Autumn, or Robert Frost’s Stopping by Woods on a Snowy Evening are excellent and well-known examples.

Read the poem together and have students identify the uses of personification.

Encourage students to share their thoughts on why the poet employs personification and how its use contributes to the poem’s overall effect.

One fun way to do this is to provide students with a list of verbs normally associated with things people do (sing, dance, play, speak, etc).

Then, provide them with a list of nonhuman things and objects (book, river, fox, thunder, etc) and challenge the students to create examples of personification by matching words from each list.

For example, if we take the first word from each of the lists in brackets we’ll have ‘sing’ and ‘book’. From these we could create the example: The book sang to us the deeds of the hero.

OTHER GREAT ARTICLES RELATED TO PERSONIFICATION 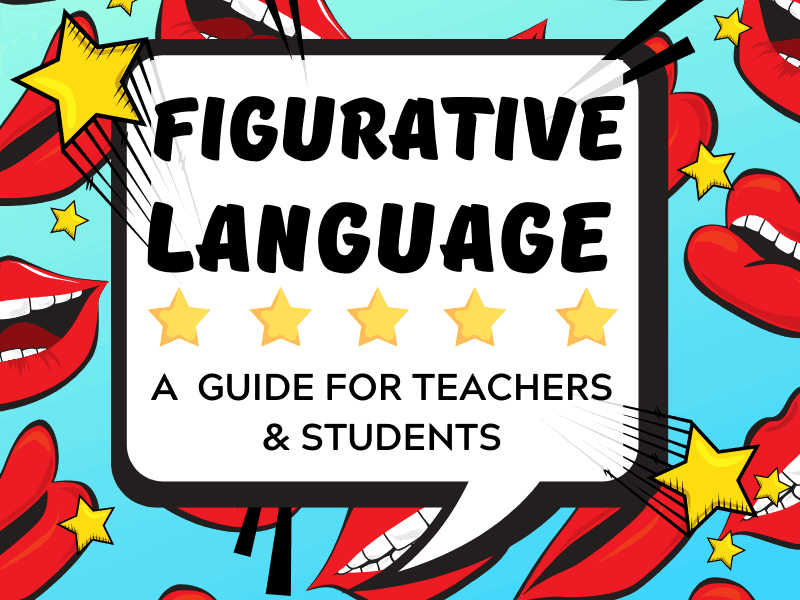 WHAT ARE LITERARY DEVICES? If words are the raw materials of a writer’s trade, literary devices are the tools the writer uses to craft those words into a meaningful and/or beautiful shape. Hundreds of these devices are at a writer’s disposal, covering every aspect of the writing process from word and sentence level (figurative language… 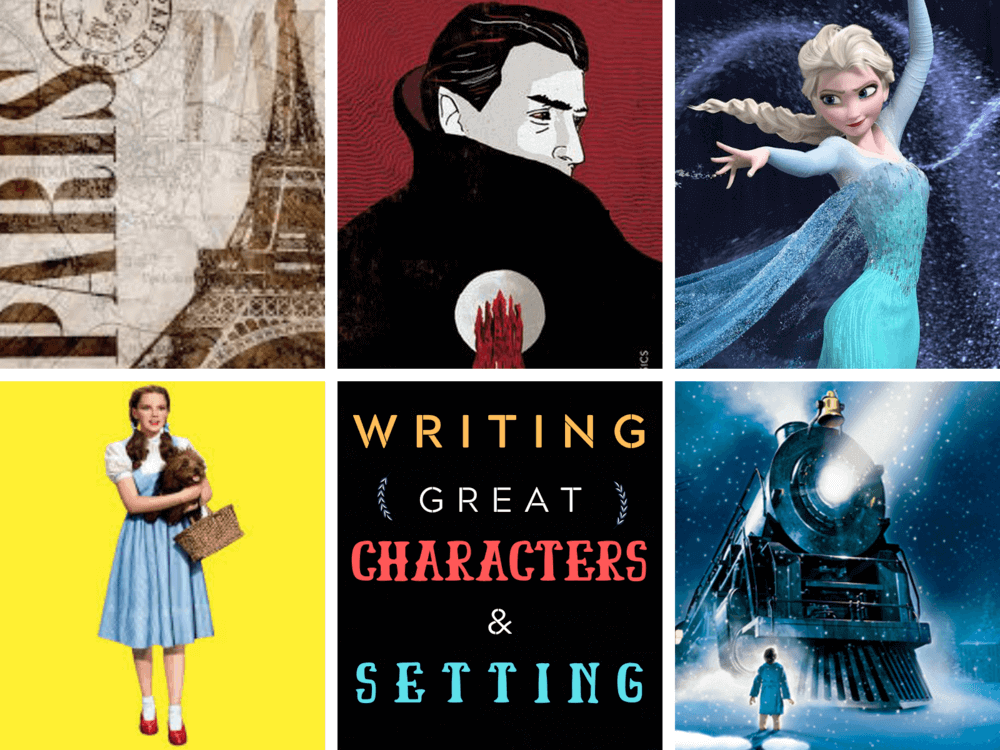 What Are Story Elements?  Developing a solid understanding of the elements of a story is essential for our students to follow and fully comprehend the stories they read. However, before students can understand how these elements contribute to a story’s overall meaning and effect, they must first be able to identify the component parts confidently…. 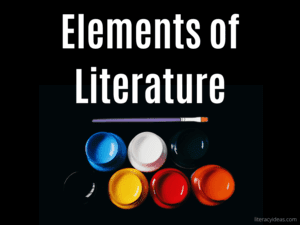 WHAT DO WE MEAN BY THE PHRASE ‘ELEMENTS OF LITERATURE? The phrase ‘elements of literature’ refers to the constituent parts of a work of literature in whatever form it takes: poetry, prose, or drama. Why are they important? Students must understand these common elements if they are to competently read or write a piece…

The content for this page has been written by Shane Mac Donnchaidh.  A former principal of an international school and English university lecturer with 15 years of teaching and administration experience. Shane’s latest Book, The Complete Guide to Nonfiction Writing, can be found here.  Editing and support for this article have been provided by the literacyideas team.

NO PREP REQUIRED A ready-made unit on Figurative Language awaits you.